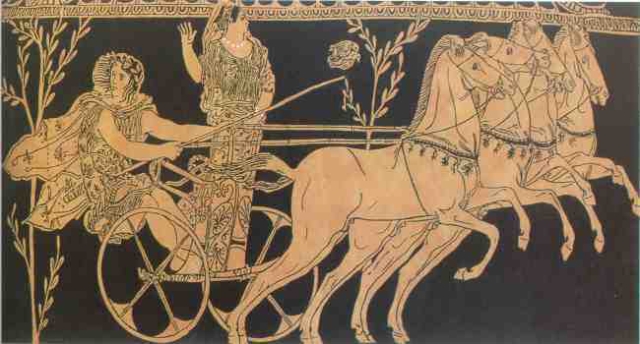 Today, we are seldom confronted with situations that force us to make critical decisions. For most of us our decisions are rather mundane and ordinary. They may seem on the surface to be important or even critical but in the larger scheme of things, are they?

In fact, it has been suggested that we can make so many inconsequential decisions during a regular day that we can even suffer from a condition cited as ‘decision fatigue’ (Bartlett 2015); The after effects of all these decisions is reduced mental clarity and poor judgement. The evidence even suggests that decision fatigue can lead to physical fatigue sapping our strength and vitality.

We are seldom required to make critical decisions that affect ourselves, our families, or our community. Our common work –a- day world is not the hyper potentialized mythic realm where anything is possible and accessible (Frye 18).

We make decisions every day, thousands of them in fact and perhaps that’s part of the issue. For the hero, the decision is a powerful and significant act that separates us from them. This introduces us to the concept of the ‘heroic decision’.

The hero can be tricked into accepting a life-threatening quest (the ‘ill-conceived promise’) of they can willingly choose to ‘step into danger’. They have choices, options and agency. For the hero, there is often no space, no gap between aspiration and ability.

The hero of myth and legend is resourceful in the face of adversity and rarely amechanos (a Greek term that means without resource). The hero’s willingness to ‘rush in where angels fear to tread’ seems foolish (Pope, 1709), yet this simple quality provides a tantalizing insight into their personal philosophy and hence the heroic philosophy of the Greeks themselves.

Haresis (choice) showcases for us how the ancients grappled with the power of intention and decision. Through countless mythical examples, it reveals the hidden mechanisms of the heroic psyche, i.e, the hero’s personal philosophy of decision and action in the face of deterministic cosmos.

Heroic decisions are impactful, they are of consequence and although they can at times be ill-considered, they are still made with all the determinism and vigor we have come to recognize in the great heroes of myth and legend.

If I choose to have cold cereal for breakfast instead of bacon and eggs the world will not end. The entire fabric of society, or even the cosmos itself will not be threatened by my mundane decisions.

Now, the same cannot be said of the hero. Their choices have import; their decisions will have repercussion beyond the immediate and the mundane. Their lives, the lives of their families, their communities and yes, even their cosmos, may in fact be effected by their expression of the heroic decision.

A simple example would be the hero king Pelops. His myth tells us that after some time Pelops, being a young man, decided that it was time to get married. This is rational, expected and culturally significant. It is the sort of decision that we could make, have made, or will one day make – depending on your circumstance. But, what separates us from Pelops is what he does next.

Pelops learns of a beautiful princess by the name of Hippodameia. Her beauty is beyond compare and he believes she would make an excellent bride. Again, all very familiar. Then as would be expected Pelops makes inquiries, or perhaps learns from this very same source about Hippodameia’s father a powerful King named Oinomaos. As I’ve stated this is a typical and expected line of inquiry considering the social cultural context that places marriage as a contract between two men.

Then something changes, and we begin to see what will separate Pelops’ heroic decisions from the mundane decisions of common men. Pelops learns that Hippodameia’s father has killed every suitor that has come seeking his daughter’s hand in marriage. He has learned that 13 other men have tried to win the hand of Hippodameia and they have all failed and died. The heads of the would-be suitors now decorate the gates of Oinomaos’ palace. It’s right at this moment that we witness the mythogenetic manifestation of the ‘heroic decision’ and glimpse into the psychology of the hero. A window into the beliefs, desires and temperament of the mythological hero that marks them as an agents of causation. An aspirational figure that will oppose those forces that would seek to confine them (psychologically or philosophically) as purely deterministic.

The hero is at home with adversity; it’s expressed here and even expected. His heroic worldview will not permit him any alternative. For the hero moves forward. The decision is almost automatic and thus the hero moves into a state of jeopardy, the familiar ‘ethos’ of the heroic. His heroic decision has placed him there, it has transformed him and defined his outlook.

A heroic decision is informed by a hero’s concept of (representative or otherwise) justice – known as dike to the ancient Greeks, and when we hear about the great heroic deeds of myth and legend we are witnessing expressions of justice.

Justice underwrites the heroic decision. Pelops’ heroic decision places him in the position to act as an agent of justice. Oinomaos has committed acts of barbarism and his role as a father who will not release his daughter to marriage sets him against the natural order that would place a wife and husband together. The institution of marriage is one of the strongest social practices, one that stands as a cornerstone of civilization. This impediment cannot be allowed to stand.

Pelops decides and thus the cosmos is made right and justice is visited upon the head of the transgressor. It would be easy to get pollyannaish here and moralize justice and the hero, but let’s not – not yet.

We have problematized the hero and moved into an aspect of the heroic psyche that is often overlooked and understudied. This area has often been passed over for more easily recognized dramatic heroic elements such as the quest, the trial, the token and numerous other facets of the heroic psyche. For me I only wish to add another nuance to these powerful and compelling figures. Heroes will continue to fascinate us and reveal truths. Their alterity is only reinforced by their familiarity. A ubiquity that manifests across all narrative fields.

Pelops who? Meet this lesser known Greek hero-king who lends his name to the Peloponnese and is connected to the founding of the Olympic games. Was he really chopped up by his father and served to the gods or is something else going on?

We are now on Patreon! If you like what you hear, please consider supporting us. Our current goal is to offset our increased hosting fees as our little podcast continues to grow. 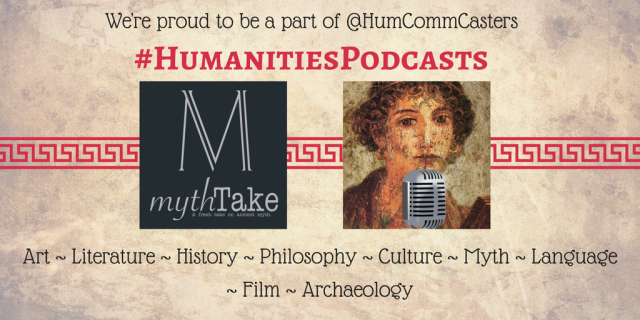 We’re a part of the #HumanitiesPodcasts podcasting community. Check out the hashtag and follow @HumCommCasters to find many more engaging and knowledgeable podcasts.

Subscribe on iTunes , Stitcher, or Google Play so you don’t miss an episode! Find our RSS on Podbean.

Darrin shares his thoughts about myth in this new series of bit-sized pieces!

Exciting news! We are now available on Stitcher!

Don’t miss an episode!
We’ll have a new episode up soon!

MythTake is created, hosted, and produced by Darrin Sunstrum and Alison Innes.

Support us on Patreon